Sesi-SP are definitely aiming for the title in Brazilian Men’s Volleyball Championship! 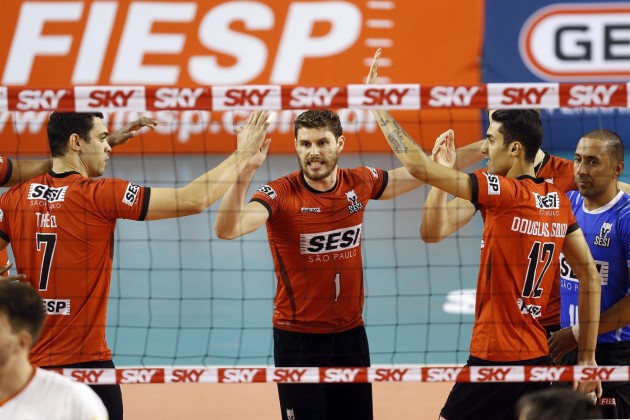 In this game, Canoas were unable to count on the coach Marcelo Fronckowiak, still suspended from last season, so his assistant Mark Chiquita led the team.

León jumps to the ceiling to spike,...