Sesi and Taubate will play in the 2017 Brazilian Cup Finals! Sada Cruzeiro suffered very 1st defeat in this season and stayed without the trophy! 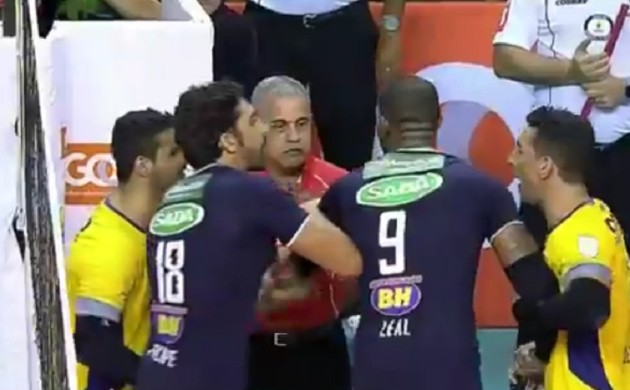 Sada Cruziero had two match points in the tie-break, at 14:13 and at 15:14, however they failed to finish the game and then got punished. Sesi tied the score at 15:15, then they went in front after Yoandi Leal made a mistake – 16:15, while eventually Leandro blocked Leal for 17:15.

After the game, Yoandi Leal was so frustrated with the defeat that he threatened the main referee! The Cuban player was convinced that the referee made a mistake at the score of 15:15… Take a look at the following video and tell us what do you think.

The Brazilian Cup Finals will be played on Saturday.

ITA M: That is bad luck – Vissotto suffered injury in his 1st match for Monza