Dentil Praia have 9 of 9 in the Brazilian Women’s Volleyball Championship Superliga, losing their first set in the tournament only in Round 9! 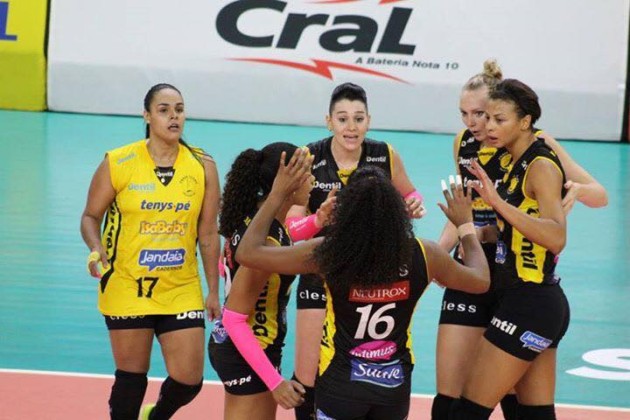 Praia kept their constant in the Superliga even after nine rounds. After beating powerhouse Vôlei Nestlé by a 3-1, Praia remained one of the two unbeaten sides in the national championship, along with the titleholders Sesc RJ, and increased the lead in the standings compared to them to four points. Thanks to huge blocking display (17 kill blocks) and 22 points from an American Nicole Fawcett, Praia downed Osasco. It’s worth mentioning that Fabiana Claudino made 6 of these 17 kill blocks! In Osasco, Tandara Caixeta notched 16 points.

Sesi-SP will still have to wait for their first triumph in Superliga as they were outplayed by Esporte Clube Pinheiros in four sets in a duel of the São Paulo state. Pinheiros had as much as 20 kill blocks in the game with Roberta Silva making 7 of them! Bruna Honório was the best scorer for the winners with 24 points. Nikolle Correa and Alessandra Santos ’Neneca’ collected 12 apiece for Sesi.