Sesi-SP and Sada Cruzeiro will fight for the trophy in the 2017 Brazilian men’s volleyball cup, whose Final Four is held in the city of São Paulo. 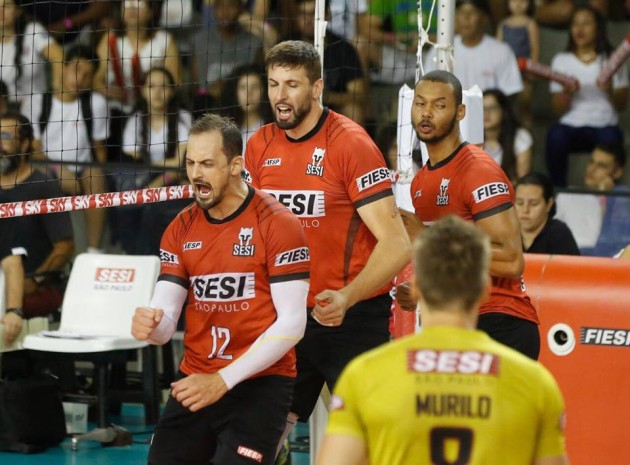 With five Olympic Games gold medalists in their line-up (William, Murilo, Lucão, Lipe, and Douglas Souza), the Final Four hosts Sesi-SP made sure that the repetition of the last season’s Copa Brasil finals does not have the same outcome. They swept EMS Taubaté Funvic by a 3-0 in the semifinal of this year’s tournament, 3-0 (25-22, 25-17, 27-25). Taubaté might have provided a tougher resistance if their starting setter Raphael Oliveira „Rapha“ did not suffer an injury in the midst of the first set.

See all the results from the quarterfinals by visiting our Brazilian men’s volleyball cup page.

only 4 gold olympic medalist in sesi. Murilo did not win gold.