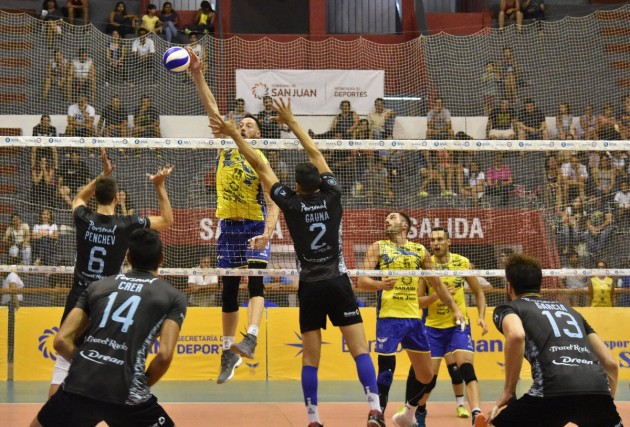 UPCN had a chance to make a hat-trick in mutual encounters against fierce rivals Bolívar this season in Weekend 10 of the Liga Argentina de Voleibol Banco Nación as they already defeated them in the national cup and national championship once each. UPCN had a comfortable lead in the second (5-1) and third set but failed to extend the match to, at least, four sets.

Led by the Brazilian opposite Théo Lopes, who scored 18 points in the “El Clásico”, Bolívar skipped UPCN in the standings and claimed No.2. Bolívar ended the match with 77% positive reception as a team (UPCN had 62%) and 13 kill blocks (UPCN made 9). The substitute Manuel Leskiw Auer topped UPCN with 11 points.

Lomas Vóley remained the leaders after overcoming the crisis in which they fell by losing two games in a row. They were close to losing the third one as well – 3-2 vs. Monteros Vóley Club.

CL W: Gibbemeyer “When we play like this it is really hard to beat us”

ARG: Argentine Cups – the mascot is...

ARG M: Another arrival in UPCN!