BRA M: Serginho will play one more season before retiring

Sérgio Dutra „Serginho“, the living legend of the Brazilian male volleyball, has just finished his 26th season as a professional player. 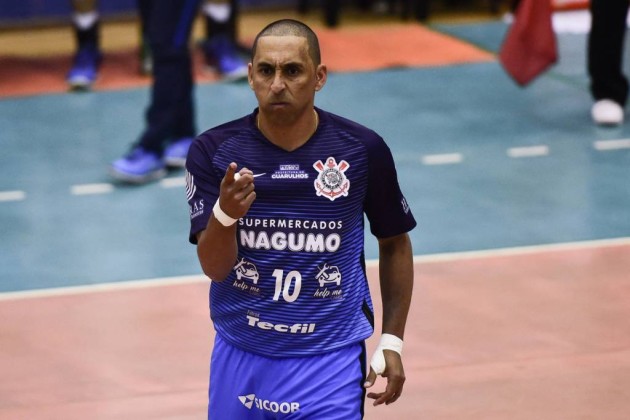 A 42-year-old libero did his best in the 2017/18 Brazilian men’s volleyball championship Superliga playoff quarterfinals, but his team Corinthians-Guarulhos was eliminated by Sesi-SP. Nevertheless, Corinthians fans have a reason to be happy. A two-time Olympic Games winner with Brazil national team stated he will play for one more season, which will most likely be his last in the professional career.

„We’re saying goodbye to the championship, but I’m happy. It was our first year, and we were an equal opponent to a team that was favorite and who invested more. But, we had a very good season. I’m glad the project worked out. It’s a great happiness to wear this jersey. Corinthians lost today but will win more tomorrow. If we want to achieve higher goals, we will have to reinforce the team well, which is normal. I have a contract until June. I’ll wait. I’m not the one who makes decisions, but my goal is to end my career in Corinthians, for which I will play one more year,“ Serginho said to Globo Esporte.

Oh no, why did you do this?! Ball girl steals the show in Modena vs. Lube game (VIDEO)