PGE Skra Belchatow have suffered a defeat in Belgium, which is the biggest upset in the second round of the CEV Champions League Group stage. 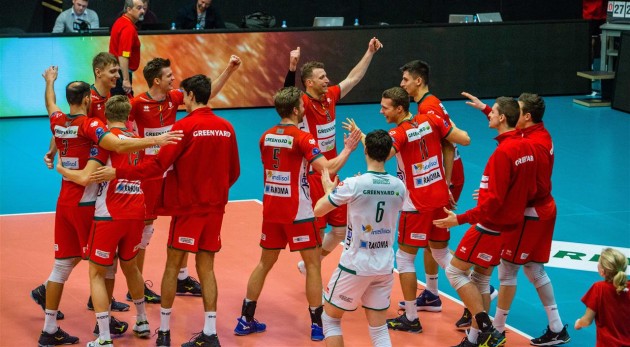 Jolan Cox is the man that will be remembered by Skra’s fans as he scored 21 points with a 63% in the attack. On the other side, Mariusz Wlazly scored 15 points.

The German side United Volleys have scored a victory against the Turkish champions. The game ended in three sets, with Moritz Karlitzek as the top scorer of the game with 10 points.

Zenit St. Petersburg have barely managed to win the game in Slovenia. They needed to play a five-set game against ACH Volley.

Oreol Camejo led the Russian side with 24 points, while Petar Dirlic had 25 points in the Slovenian side.

Chaumont had a great display, delivering a real volleyball show to their fans. They defeated Vital Heynen’s side Friedrichshafen in three sets 25-15, 25-23, 25-18.

Matej Patak led the French side to the win over the rival with 14 points.