Slovenia and the hosts Germany finished an opening day of the 2020 European Men’s Volleyball Olympic Qualifier in Berlin victoriously. 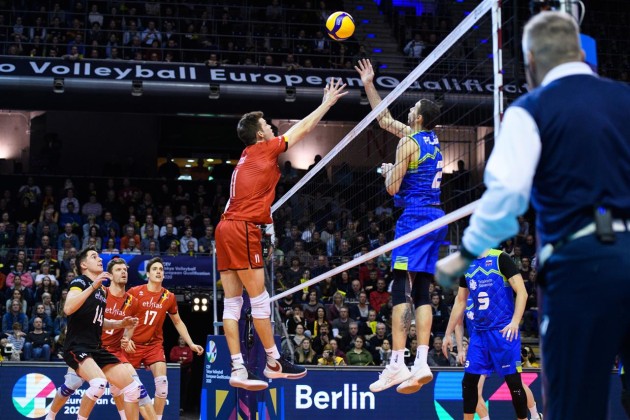 Slovenia and Germany recorded straight-set wins in Pool A of the European Olympic Qualification Tournament, defeating Belgium and the Czech Republic, respectively, on Day 1.

Slovenia beat Belgium by a 3-0 (25-23, 28-26, 25-20) but only after taking the first 2 sets in overtime. The 2nd set had a quite unusual ending. A decision regarding one of the set points was reversed twice by video challenges that followed one another. Three starters from the “Red Dragons” squad faced injuries prior to the match: Hendrik Tuerlinckx, Arno van de Velde, and Pieter Verhees. The last 2 managed to recover on time to play. With a total of 20 points, Slovenia’s Tonček Štern topped both score-sheets. Jolan Cox collected 19 points for the losing side of which he scored 10 in the 2nd set! 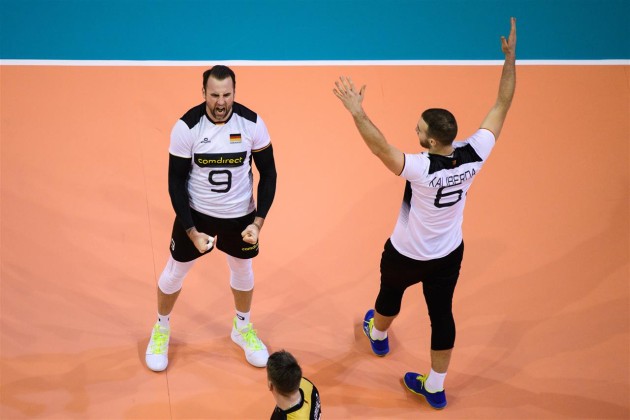 Germany succeeded in starting their #RoadToTokyo mission with a victory against the Czech Republic: 3-0 (25-19, 25-22, 25-20). György Grozer has shown his recognizable class by putting down 21 points for Germany but also by creating a comeback of the hosts in the 2nd set single-handedly. The opposite hitter stepped into the service line at a 5-point deficit (22-17) of his team and started to send “bombs” from which the Czechs couldn’t recover, making more than 4,000 fans at the Max-Schmeling-Halle ecstatic. Grozer finished the match with 8 aces on his account! Lukáš Vašina and Patrik Indra scored 13 points apiece for the Czech Republic.