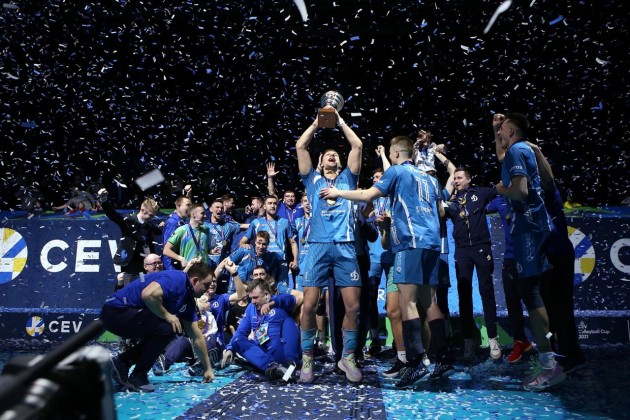 Dinamo Moscow defeated fellow countrymen Zenit Saint Petersburg in the rematch of the final of the 2021 Men’s CEV Cup by a 3-1 (25-21, 23-25, 28-26, 26-24) and became three-time winners of the second-tier continental club competition. Yaroslav Podlesnykh (4 blocks) and Anton Semishev (71 % attack, 22/31) both scored 24 points for the team from the Russian capital. Pavel Pankov served 4 aces, while Ilia Vlasov set up 4 blocks.

The first match also ended in favor of Dinamo – 3-2. This year, for the first time in the history of the competition, two Russian clubs met in the final.

Are you ready for new season of...