Although is the CEV 2017 Champions League for Women, the Turkish derby has left the most impressions in today's matches. 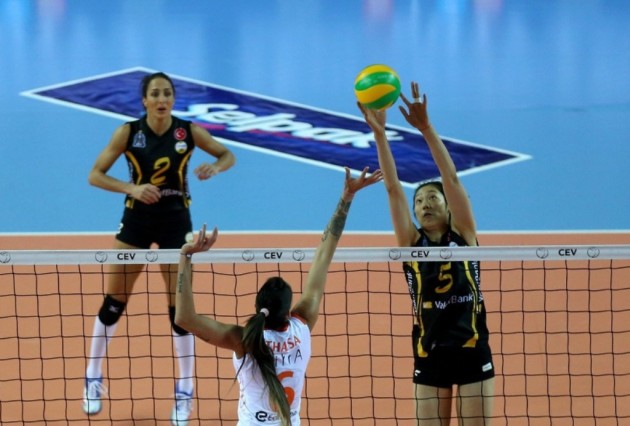 Vakifbank led 2-0 in sets when Eczacibasi took other two sets. The winner was decided in tie-break when the shades were concerned, because both teams are of the same quality.

Tijana Bošković led “Orange” with 27 points, blocker Adams scored 14, Baladin 13, who entered into the game instead of Kosheleva, Larson 10 and Thaisa 9 while Ognjenović scored 1 ace.

Chemik Police outplayed Telekom Baku in straight sets and scored their first victory in the group stage of the 2017 CEV Champions League.

Match was finished 25-16, 25-21 and 25-20 and Malwina Smarzek, the young Polish spiker was the top scorer with 16 points followed by Stefana Veljkovic 9 points while Olena Hasanova scored 11 points for Telekom.

Top scorer was Kseniia Ilchenko Parubets with 23 points followed by Hanna Klimets 17, while on the other side of the netElizabeth McMahon scored 16 points.

This is 20-year old Simon Robertlandy, smashing the floor in Cuban jersey (VIDEO)