CL M: Halkbank coach Kovač finally has reason for joy – „I wish we could have shown this play earlier“

Things nearly got complicated for the Russian powerhouse Belogorie Belgorod in the 2017 Men’s Volleyball Champions League after they lost to Halkbank Ankara. But, since some other outcomes in Round 5 went into their favor, fans of the Russian team can be relieved. 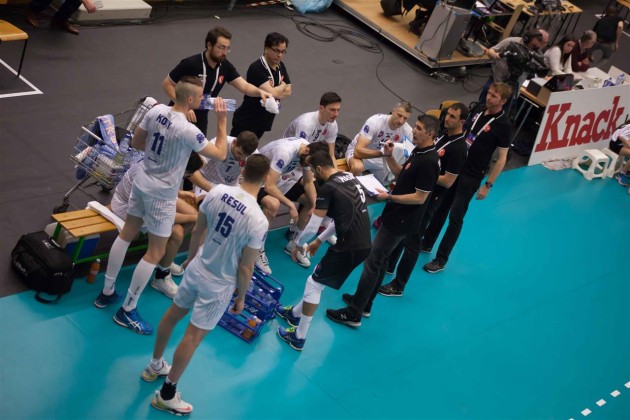 By suffering 3-2 defeat to previously writen off Turkish side Halkbank Ankara in Pool E, Belogorie found themselves in the unenviable position. Especially, beacuse Knack Roeselare from Belgium beat Italian Sir Safety Perugia, also by 3-2, in the same pool. This put Belogorie in the situation where they had to win all three points against Roeselare in the last round (3-0 or 3-1 win) to advance to the Playoffs. But, luckily for Belogorie, the results of their direct rivals for the Playoffs went into favor of the Russian giants.

As for Halkbank , the good news is that they ended a four-game losing streak in the tournament. Although they said goodbye to the Playoffs earlier, the victory over Belogorie will definitely fix their self-confidence before decisive games in the home league.

„I wish we could have shown this kind of performance in our previous matches as well. Despite this, we are happy with this victory, especially since we beat a team as strong as Belogorie Belgorod. We got many points from our service, which worked just fine. I would like to congratulate all players and my colleagues from the coaching staff on their great effort,” Halkbank coach, Serbian Slobodan Kovač, said after the match.