CEV CUP W: Kazan’s coach – “I’ve seen a lot but what our fans did was so much cooler!”

Dinamo Kazan did a great job against Galatasaray in the re-match of the semifinals of CEV Cup 2017 for Women. Russian stuff were more than satisfied. 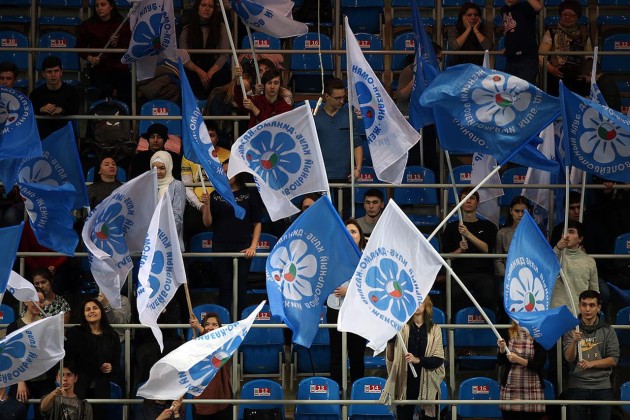 Alexander Perepelkin, assistent coach of Dinamo KAZAN said: “You could see that our team’s spirit was super high in this match. If we learn to aim for every match like this, the team will grow regardless of whether it’s a home match or not. Even after the first match, after the referee’s signal, it was clear that the team was living for the day. And I think that all this time before the match, they had no other thoughts in their minds. And you could see that during the game.  One more thing: people usually talk about Turkish fans – but what our stadium did today was so much cooler! I’ve seen a lot, but today everything was just magical, fantastic, elegant and beautiful. Thanks a million to the fans! Because of their support, it felt like there was at least eight players in the team.  The Golden Set did make me worry a little.  We made all possible replacements in it, and they all worked. And we did everything we could about the tactics. At the same time, it was evident that Galatasaray was also ready for the Golden Set from the first minutes. They knew, for example, about today’s result of Yenisei, who lost in the Golden Set 13-15 after winning the return match with Olympiacos.”

Dinamo win golden set to knock out Galatasaray from CEV Cup, Fakel confirm place in the finals of Challenge Cup