F4 in Kazan: Perugia still have lessons to learn, Zenit advance to final with authority

The Russian Zenit Kazan, the hosts of the Final Four, passed to the big finale of the 2018 CEV Champions League. 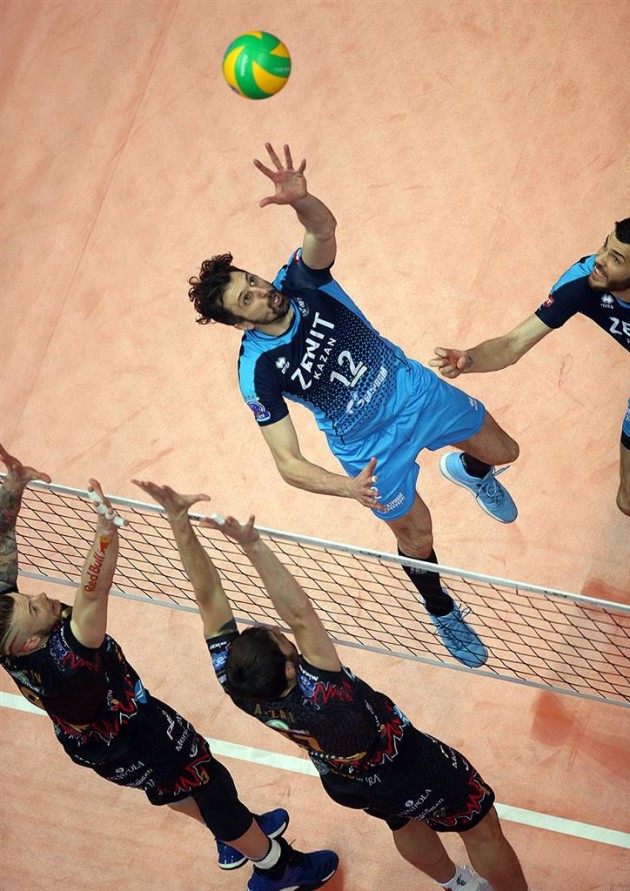 Zenit Kazan will play their sixth Champions League final as they swept Italian titleholders Sir Colussi Sicoma Perugia in the second semifinal of the Final Four in Basket Hall, Kazan, 3-0 (25-22, 25-20, 25-20).

Zenit easily gained 6-2 in the opening set to get the wind beneath their wings for the rest of the set and match. Despite the fact Perugia managed to tie at 9-9 and even get a 10-9, Zenit once again began their offensive (22-18) from which Perugia could not recover. Especially, when Wilfredo León closed the set by serving 3 consecutive aces (25-22).

If there was a set in which Perugia had a chance to extend a duel, it was the third set. SuperLega champions had a 3-1 and 10-8. But, point by point and Zenit made a turnaround, which was not stopped even by the TO called by Perugia coach Lorenzo Bernardi at 15-18. On each point Perugia scored, Zenit put down 2 points, all the way to 25-20.

The match for the bronze medal (Sunday, May 13)

What a bummer. We all wished for a better match but clearly Bernardi did not have his guys ready. That is on him.
That was one of the worst I’ve seen De Cecco set in along time. Way off the mark for Zaytsev and Atanasijevic and his connection and timing with Russell has been fading the last month. Zenit served Zaytsev every ball it seemed and they seemingly always had a defense set up.
Really wish that this was the Final and Perugia had a match under their feet before playing Zenit.
Leon demonstrated why he is the best in the world . Zenit was on another level today.
That said, Perugia is far better than what they showed today and had an incredible season.
Question: With Zaytsev reportedly signed for next year where does Russell go.
At 24 he is prime pickup for numerous teams looking to make a jump into the big time. This is intersting. Huge paydays in Asia but I think their are teams in Italy looking at his talents too.

Re: @suisse i hope Russell will look for another team to play as a starter. He deserve it with the talent that he has.

Nothing new Leon as ussual destroying teams and they though is gonna end 3×2 :p shame Circi hire Leon cause atanasijevic alone cant do shit