WCH 2018 M: Boyer pushes France to the victory over China

As expected, France have opened the volleyball men's World Championship with a 3-0 victory over China. 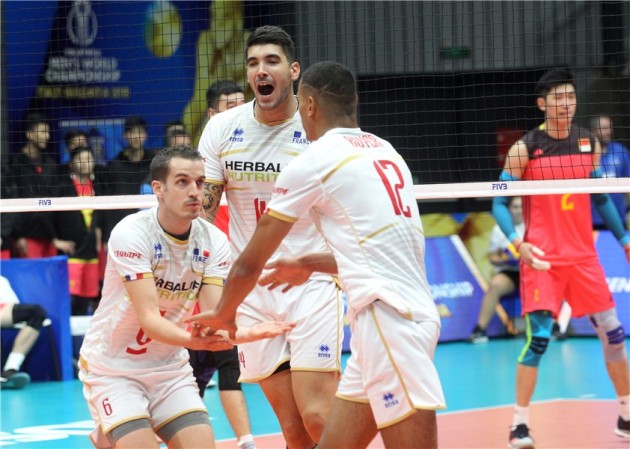 Even though the game ended in straight sets, it was not an easy game for the French side, since in the first set Raul Lozano’s team started with a full throttle, creating a 10-7 lead.

At that moment, Earvin Ngapeth and Kevin Le Roux had to serve strong to disrupt a good reception of the rival and they managed to make it as they pushed Chinese boys to make mistakes, 14-12. Of course, the opposite of France Boyer was the main weapon, scoring amazing 11 points in this part of the game (14/11 in the attack).

The first set was some kind of warning for Laurent Tillie’s side and they had to play with more caution in the continuation of the game. For some reasons, Kevin Le Roux went to the bench after the first set (probably Tillie keeps him) while Earvin Ngapeth went out after the second set, in which France had a control. Also, Tillie keeps Ngapeth for the next game vs. Brazil, having in mind that he just recovered and to avoid new risks.

In the third set, the performance of China dropped down, which pushed France to the first victory at the World Champs.

The top scorer of the game was Stephen Boyer with 23 points, who also finished the game in style scoring two aces, while Kevin Tillie had 10 points with some excellent percentages in the attack (12/10). In China, one player had double digit scoring performance – Chuan Jiang, 10 points.

POOL B, first round results:

Check out the results and standings at the World Championship 2018 M page.

WL 2017: Russia have dominated against Argentina