SERBIA ARE THE WORLD CHAMPIONS!

This is a great moment for the Serbian volleyball - For the first time in their history, Serbia have won the gold medal at the FIVB Women's Volleyball World Championship! 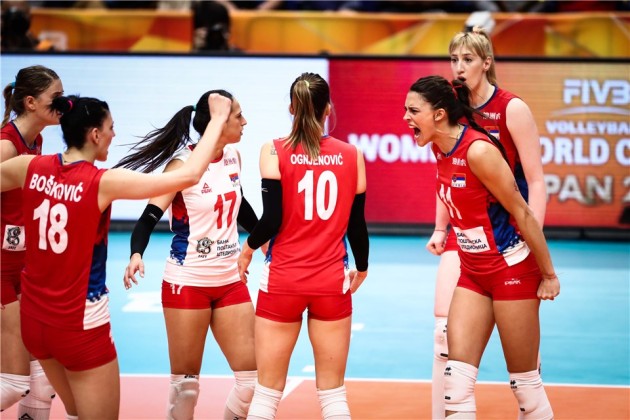 It was a great battle between probably the best opposites at the moment in the world – Tijana Boskovic and Paola Egonu!

Italy had a control in the first set. They were constantly making a pressure on Serbia defense with good serves and when they got the chance for a counter attack, Egonu and Sylla used those opportunities to increase the lead.

Ofelia Malinov had some incredible moves several times when the receivers provided a perfect reception. It seemed the Serbian team entered the game much more nervous.

However, in the second set, we saw the different side of Serbia. Zoran Terzic’s side started playing much better, especially in a serve segment, as well in the attack. They were controlling the situation on the court, making a huge lead (24-14). The Serbian girls didn’t have any trouble to get this set calmly to the end and to tie the score, 1-1! 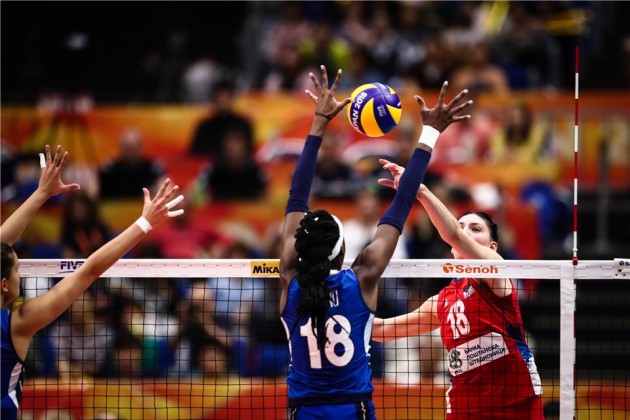 We were witnessing a great battle in the third set. Both sides played good in defense, there were some great moves in the attack. Italy had a three-point lead at the very end of the set (17-14), however, Serbia managed to reduce the lead of the rival and even to make a two-point lead (21-19). With some good blocks of Egonu and Sylla on Mihajlovic, Italy earned the advantage again and took the lead in sets 2-1!

Serbia answered back in the fourth set, by making a huge lead at the first TTO, 8-2! The Italian girls have reduced that lead and got back in the game completely. However, the Serbian side again made some new scoring runs to win the set and stay in the race for the gold medal, 2-2!

No matter what happened in the previous sets and games, the tie-break was the set that decided the World Champions! We again saw a great battle between two sides. Even though the Italian girls had a better start, the experienced team of Serbia somehow took over the control and won the game to become the World Championship!

Paola Egonu was the best scorer of the game with 33 points, while Lucia Bosetti added 14 points and Myriam Sylla had 10. On the other side, Tijana Boskovic scored 26, Brankica Mihajlovic 19, Stefana Veljkovic and Milena Rasic had 10 points each. Maja Ognjenovic as a setter has scored 8 points.