WCH U18 W: Driven by 15-year-old Ana Cristina, Brazil come back vs. Russia to go to semis, USA stun Japan

Brazil and Russia staged a breathtaking encounter in the quarter-finals of the 2019 FIVB Girls’ U18 World Championship in Ismailia and Cairo (Egypt) after which the “Seleção“ progressed to the semis. 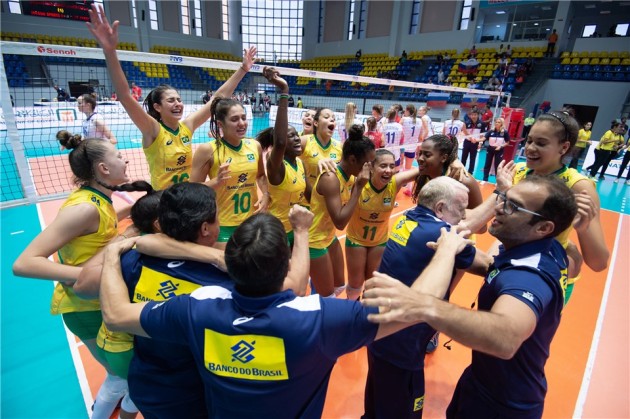 The 15-year-old opposite hitter Ana Cristina Souza, the member of E.C. Pinheiros youth team, highlighted for Brazil with 25 points, while outside hitter Ana Cecília Lopes “Céci“ from a youth team of ADC Bradesco contributed to a win with 7 aces! The opposite hitter Tatyana Kadochkina, who was joined to Dinamo Kazan first team last season, top-scored for Russia with 14 points (4 aces). Dinamo-Kazan-UOR (Division 2) middle blocker Elizaveta Kochurina made 5 kill blocks. 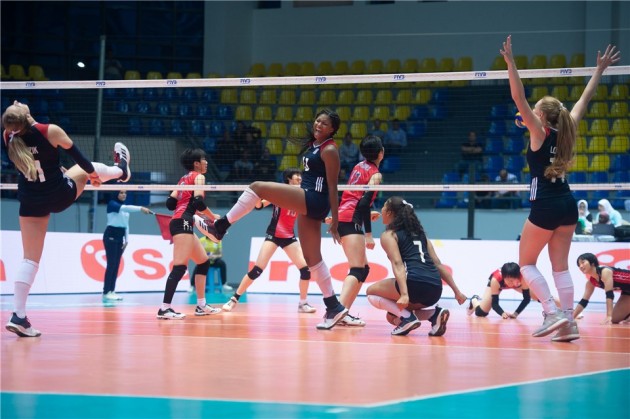 The middle blocker Devyn Robinson, playing for the high-school team of Ankeny Centennial – the Jaguars, was the USA’s best scorer with 17 points (5 of the team’s 12 kill blocks). The outside hitter Rino Murooka, competing in the country’s high-school championship for Higashi Kyushu Ryukoku, notched 16 points for Japan.

The defending champions Italy are through to the semifinals as they downed Peru in straight sets with middle blocker Emma Graziani (Volleyrò Casal de Pazzi youth volleyball school) scoring 12 points of which half of them came from the block.

Jiangsu outside hitter Wu Mengjie was the most deserving player for China’s advancement to the semis. She scored 21 points in a straight-set victory over Romania. The middle blocker Wang Wenhan (Shandong) set up 4 kill blocks.

SACH M: Leal rejects Argentina’s efforts – Brazil advance to semis as No.1 in their pool