CWCH M: Zenit celebrated the second win in Lodz to reach out for semifinal

Zenit Kazan and Chinese team Shanghai opened the second day of Pool B at the FIVB Men’s Club World Championship in Lodz and the Russian giant won 3-0 and practically booked their ticket to the final round. 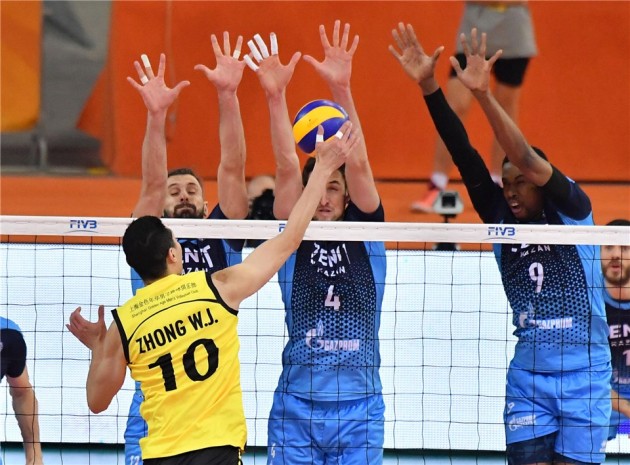 The European best player of 2017, Maxim Mikhailov was the top scorer of the match with 14 points while American attacker Matt Anderson scored 10 points.

Russian team dominated in a block, they scored 13 blocks in three sets and Samoylenko was the best with 4 blocks.

On the Chinese side, Weijun Zhong entered the game in the first set and finished the match with 7 points, which was the best in their team. Conte and Lyneel didn’t play.

MAIN ROUND / POOL B