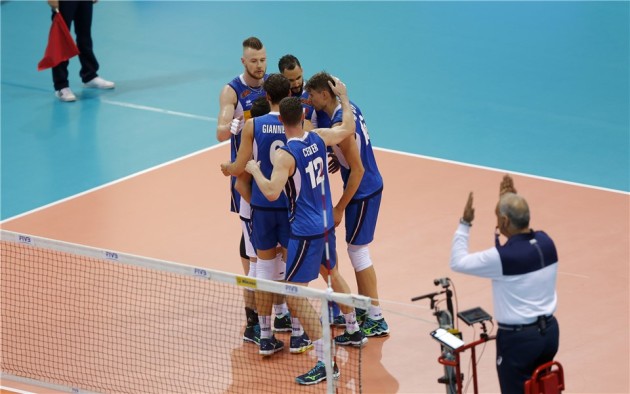 Italy defeated Germany in four sets in Week 1 (Pool 4) match that was held in the city of Kraljevo, Serbia despite committing 13 errors more than their rivals (35-22).

Ivan Zaytsev marked his comeback to Italy national team after two years with 20 points to become the best scorer of the match. Unlike his role in the Sir Safety Conad Perugia, in which he plays as an outside hitter, “The Zar” returned to playing as an opposite for the national team. Simon Hirsch top scored Germany with 13 points while Marcus Böhme added 4 kill blocks.

Elena Litovchenko for WoV – “We gave our best, Kazan was better than us”