Elena Litovchenko for WoV – “We gave our best, Kazan was better than us”

After spending three seasons in Turkey, it was time for Elena Litovchenko to come back in Russia again. 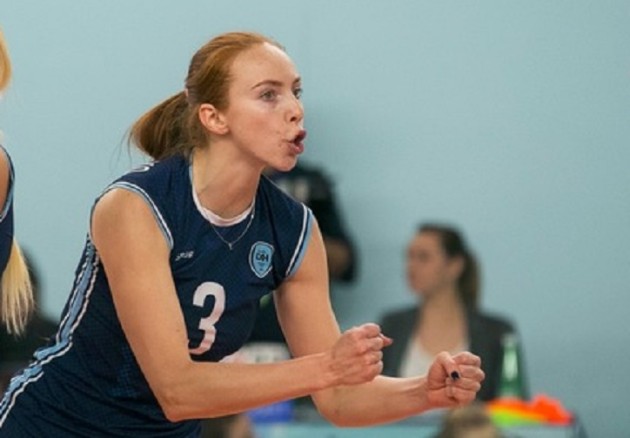 She joined the Russian side Sakhalin and had a quite good season since they were one win away to knock out Dinamo Kazan. However, the girls from Kazan prevented such a surprise and left Sakhalin behind.

You’ve finished in the 8th place in the Russian Super League. How would you rate performances in the regular season?

„To be honest it could have been better for us and a better or higher position but we had too many injured players including 2 important main players who missed many important games throughout the season before the players plus we changed the coach in the middle season and we have been working really hard to fix our problems to get into the playoff zone, and also basically this year our team had much smaller budget but achieve the same result as previous season.“

In the playoffs, you met Dinamo Kazan. You didn’t win the series, but Dinamo had a difficult job to defeat you. Do you think that you missed a chance to win the series since you forced the game 3?

„Well, usually regular league games have a different atmosphere and obviously playoffs are different as well so every team is able to fight and make surprises in the playoffs, but I can say we tried our best and fought but in the end, Kazan was better so they have won the series.“

How would you rate your overall performance in the season 2017/2018?

„I can’t complain, I had very good teammates and working ethic in the team but to be honest I was expecting more from myself in the last period of the season.“

„I would like to play in a different country other than Russia or Turkey which I have played before but you never know, we will see since I am still waiting and considering the things with my agency Shining Stars.“

Do you have some dreams in volleyball you would like to reach in the future?

„Good question. I can say it’s probably to play in one of the CEV competitions and go as far as I can in it.“

„Just to take some rest after the long and hard season to be with my family and my dogs.“

We have asked Elena Litovchenko to reveal a few interesting things about herself:

Read also what Alessya Safronova had to say after recently finished 2017/2018 season!