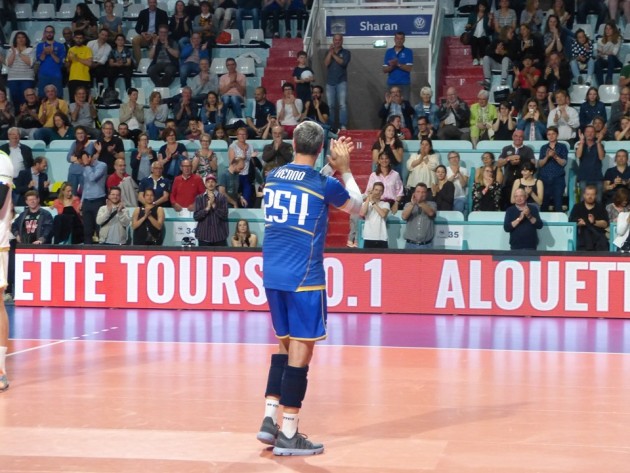 In the exhibition that was held at the Robert-Grenon hall in Tours, a hall in which he competed for the last four season, a 42-year-old Henno sad a final goodbye to professional volleyball.

After completing his club career in early May by winning the French double crown (Championship and Cup) with Tours, the legendary libero played his ultimate match, the 254th, with the national team of France. In a gala show organized by the French Volleyball Federation that brought together all players of the current France national team, who is about to start the 2019 FIVB Nations League, Henno led the White team (Jean Patry, Julien Lyneel, Nicolas Le Goff, Thibault Rossard, Yacine Louati, and Barthélémy Chinenyeze). They beat the Blue team (Jenia Grebennikov, Jonas Aguenier, Raphaël Corre, Kevin Tillie, Daryl Bultor, Trévor Clevenot, and Timothée Carle) by a 2-1 (25-22, 32-34, 25-16). Carle was the top scorer of the game with 26 points, while Henno showed a notable farewell display by making 67% positive reception.

Amazing clash in Maaseik – Noliko from...