FRA W: No playoffs in Ligue A, Mulhouse win title in superior way

Mulhouse ended a nearly perfect campaign in the 2020/21 French Women’s Volleyball Championship by winning the title. 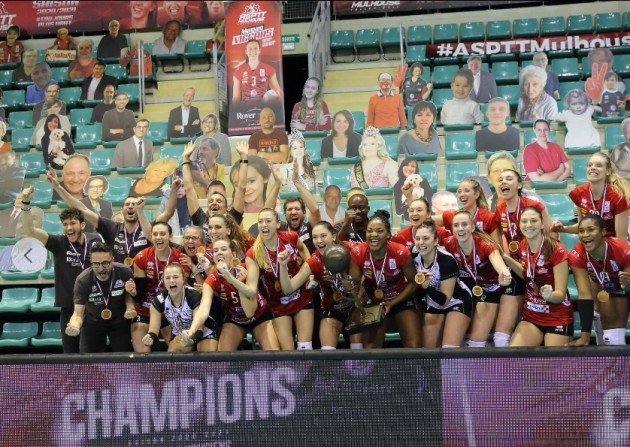 Mulhouse won their second title as the women’s champions of France.

For the 3rd time in a row, the club from the Alsace region won the regular season in the Ligue A but this time, it brought them the championship trophy. In 2018/19, they were shockingly eliminated in the first round of the playoffs by Marcq-en-Barœul, while last season, the competition was interrupted because of the Covid-19 pandemic. This season, the Ligue A decided there will be no playoffs. Mulhouse ended the campaign with 27 victories in 28 matches, securing the title 3 rounds before the end of the season, on April 10, doing it against the team who was deserved for their only defeat in the season and who finished as vice-champions, Béziers.

Mulhouse’s dominance in Ligue A is best shown by the difference they made in the charts compared to Béziers, which is 14 points. Mulhouse are unbeaten in domestic competitions since December 9, 2020, making a 21-game winning streak which can be extended the next weekend in the semifinals of the national cup.