The USA will face a familiar foe this weekend in Tulsa when it meets France in its second weekend of pool play action in the 2013 FIVB World League. This and other volleyball news read on Worldofvolley.com. 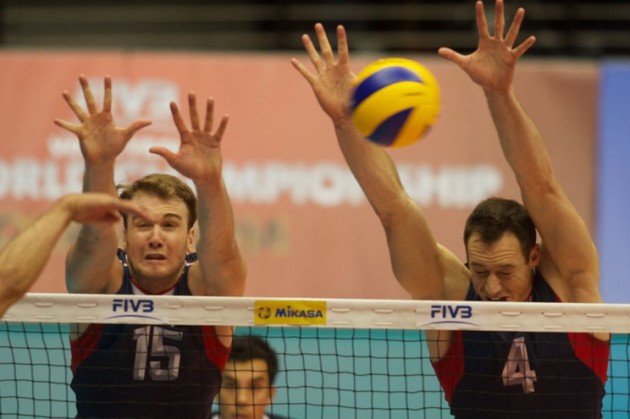 France and the United States battled for pool supremacy in 2012, with Team USA needing a final-match victory over Italy to advance to the Final Round, where it finished second.

But it is a new year and the U.S. and France will both bring new teams into their matches on June 14 and 15 at the Tulsa Convention Center Arena in Oklahoma.

“I think in general, this team has better team chemistry than the team did last year,” U.S. coach John Speraw said. “They are all similar ages. They all know each other really well. Even when things weren’t going very well, I never felt like they were getting down on each other.”

“I’ve seen some very interesting and promising things on my side,” France’s coach Laurent Tillie said. “We need to keep our confidence on a high level to continue to improve.”

Outside hitter Matt Anderson led the USA in scoring over the first weekend, finishing with 25 points on 19 kills, three blocks and three aces. Outside hitter Earvin Ngapeth led France against Bulgaria with 28 points on 23 attacks and five aces.

France’s outside hitter Julien Lyneel leads all World League players in spikes with a success percentage of 65.6.

U.S. middle blocker David Lee ranks among the World League leaders on blocks with nine and an average of 1.13 per set.

Look at that save of Rouzier and...