She was great desire of RC Cannes from the beginning of the season, but then she has chosen some other option to continue her career. Nevertheless, patience of the French title holders paid them off - Nancy Carrillo confirmed her arrival in Cannes! 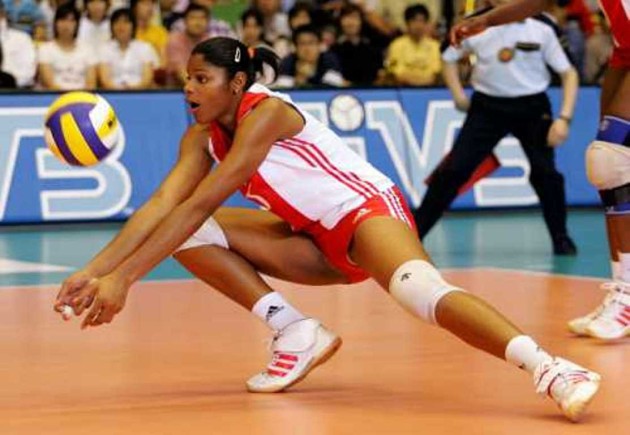 Cannes had to wait until the end of the Chinese championship, in which the Cuban opposite took trophy with Tianjin, to see her in their jersey.

The 30-year-old Carrillo will be at disposal of Cannes’ coaching staff until the end of the current season.

While she was playing for Cuba’s National Team she took eight medals, worth mentioning were gold medal at the 2007 NORCECA Championship, silver at the 2008 FIVB World Grand Prix and bronze at the 2004 Olympics.

In addition to that, Carrillo have many individual awards, among others, she was announced Best Server at the 2002 FIVB World Championship and Best Blocker at the 2005 FIVB World Grand Prix.

Show of FANTASTIC saves in Korea: Dig from commercial panel and foot save! (VIDEO)

LIVE from Sofia: What have you done...