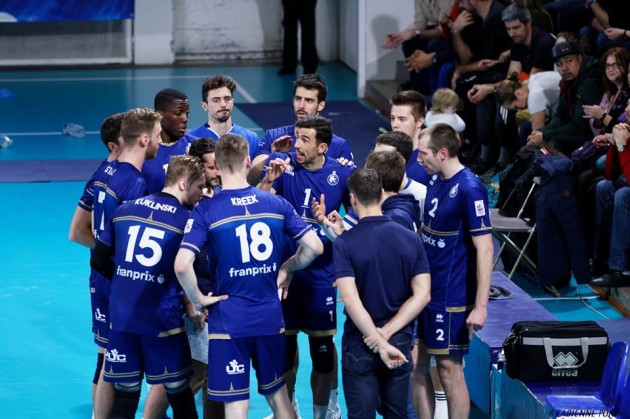 For the purpose of paying taxes, the French men’s volleyball powerhouse Paris Volley declared the amount of money they pay for the players and the coaching staff for the ongoing season which instantly caused controversies among other clubs in the Ligue A. Paris claim their payroll value is 255,000 euros, which means about 1,800 euros gross per player and the coach.

Knowing that Paris have many players who are regular national team members of various countries such as Hungarian Roland Gegrye, Dutch Wouter ter Maat, Portuguese Nuno Pinheiro, Frenchman Franck Lafitte, American Mitchell Stahl, etc., other Ligue A clubs expressed doubts on the possibility of Paris to maintain such a squad with 255,000 euros and demanded more transparency, 100% volley-ball français published . How is this possible, they wonder, if Nice Volley Ball declared the smallest payroll in the Ligue A, which is 425,000 euros? And, how is this possible when even Division 2 clubs declared a higher payroll? The same source said that Ligue A clubs might refuse to play Paris in the national championship until the tangle of their financial management unwraps! 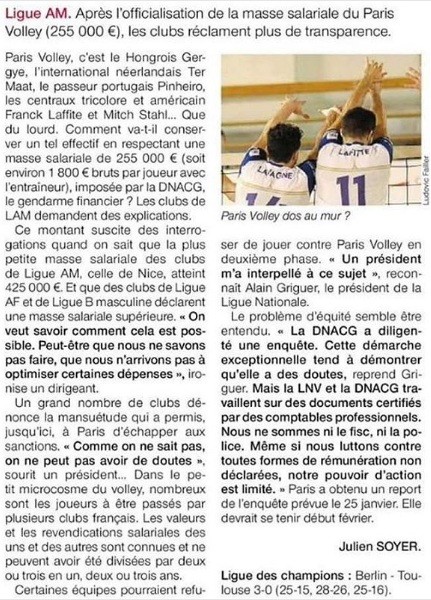 Because of this, Paris will face investigation for financial mismanagement which will be conducted by the DNACG, the National Directorate of Assistance and Management Control (an organization charged with controlling the administrative, financial and legal management of the clubs competing in the French professional leagues).

The DNACG is already examining documents on this matter and will start an investigation in early February, 100% volley-ball français confirmed.

RUS M: Georg Grozer casting his shadow over Round 20 of Superliga