With about nine months to go for the start of the 2013 CEV Volleyball European Championship – Women scheduled for September 6-14 across five different venues in Germany and Switzerland, the Volleyball National Organizing Committee (VONOC) just issued the first out of five newsletters. 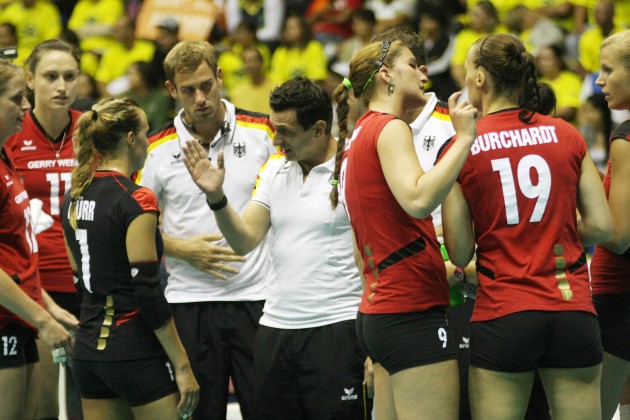 This first issue draws the attention of all readers on a series of topics such as: the match schedule resulting from the DOL that was held this past October in Zurich; a profile of the teams included in prelim Pool A (i.e. Germany, Turkey, Spain and the Netherlands); getting to know one of the host cities, Halle/Westfalen, and the splendid Gerry Weber Stadion that will play host to Pool A, plus the Playoffs and two of the quarterfinal matches; the ticketing campaign worked out for the Champs; miscellaneous news about players, coaches and teams and an interview with Giovanni Guidetti, the mentor of Germany’s national team that claimed silver last year in Beograd.