These two teams have met each other in the playoff finals for the seventh time in a row. 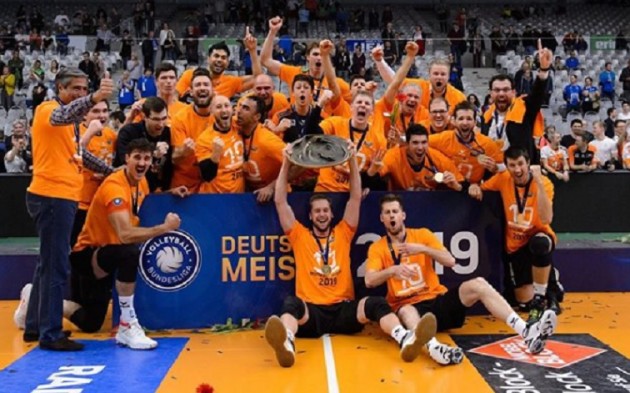 VFB Friedrichshafen managed only to win one championship title in these seven years, while BR Volleys have won six (4 in a row).

BR Volley had much better start in this fifth game, taking a 2-0 lead and playing at the high level. However, Heynen’s side has made a comeback, tying the score in sets and forcing the tie-break.

In the fifth set, both sides fought very well but BR Volleys fans had a huge reason to celebrate.

The U.S. international Benjamin Patch had a great display in this game, scoring 29 points, while Athanasios Protopsaltis had 24 on the other side.