Dresdner SC regained the trophy in the German Women’s Volleyball Cup after a one-year break. 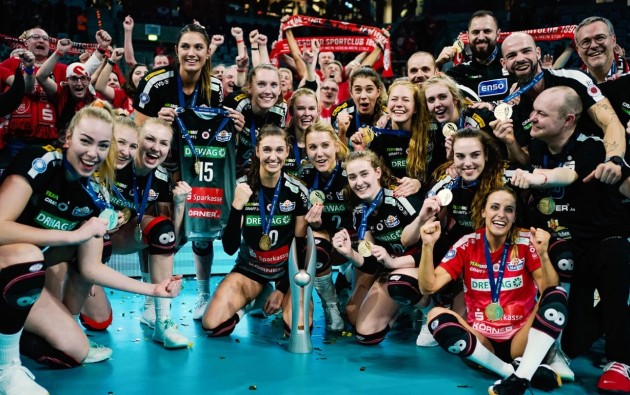 The protégés of Alexander Waibl faced huge blow prior to the match, learning their teammate Ivana Mrdak was diagnosed with thrombosis in the shoulder area. Serbian middle blocker will be sidelined indefinitely. Dresdner secured the sixth success in the cup (1999, 2002, 2010, 2016, 2018, 2020) after canceling as many as five match points in the tie-break, the first one at 12-14.

American Kadie Rolfzen top-scored for Dresdner with 23 points, while her compatriot Krystal Rivers had a surreal display of 37 points!