The German team has begun preparations for its next World League matches against Cuba scheduled to take place on June 22 and 23. Following the start of the World League season, both teams are without a victory and need three points to keep pace with Russia and Italy, the unbeaten teams in Pool B. 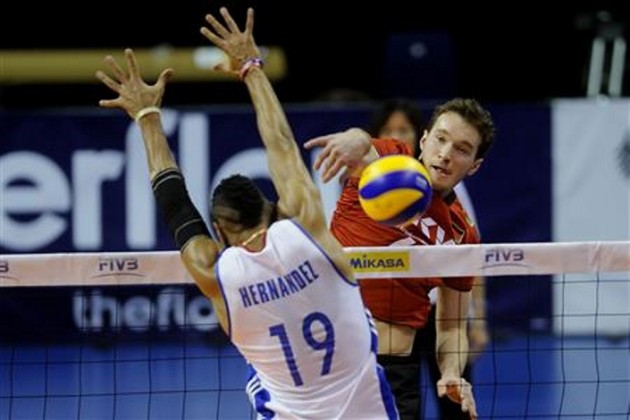 The German national team have been training in Schwerin, and used their weekend off before their next match to carry out team building exercises, which included a dragon boat race on the waters of Schweriner. “The whole team had fun and our team spirit was strengthened”, said captain Jochen Schöps.

Germany had lost the first two games of the World league in Italy while the Cubans had to accept defeat against Italy and Serbia. In the past there have been hotly disputed matches between German and Cuban players, the two decisive games for Olympic participation in 2008 and 2012 being cases in point. Host Germany won 3-2 both times and as a result of this, the highly talented Cubans missed the Olympic Games.

Once more, the Cubans play without their captain Wilfred Leon who also did not take part in the first set of matches.  The team is lacking without his world class serves and attacks. “The two outer attackers, Leon and Bell, are not in the team. The loss of Leon is hard for the Cubans because he was the head of the team. They remain a good team but of course we like to play against Cuba. I hope we will win again, at least once in Bremen,” said Heynen.

The German Head Coach nominated his 12 man team for the Cuba games on Thursday. The team will travel from from Schwerin to Bremen on Thursday to join the Cuban team who have been in Bremen since Tuesday.

YEC F: Come from behind win for...