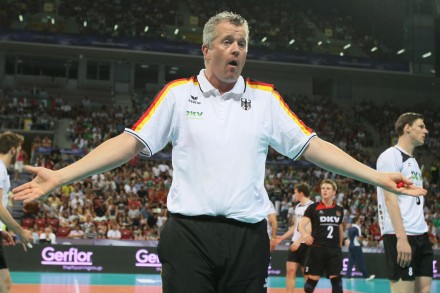 “Over the past three years, we’ve been working on the development of the team and now we want to win a medal,” said Heynen. “We must believe in our chances, otherwise all our hard work would not make sense at all.”

“In the next three years, we want to win a medal in Poland 2014 World Championship, the European Championship in 2014 and the Rio 2016 Olympic Games,” added Heynen.

“The players this year are very good,” said Heynen. “Last January, we were able to win all three matches in the qualification tournament for the World Championship. We have done a good job there.”

“The World League gives us the opportunity to prepare for our targeted event,” said Heynen. “We do not want to lose a fight, I will not accept failure even if we take these games as a period of preparation.”