Berlin Recycling Volleys, German runners-up, have written the brightest page of their history! 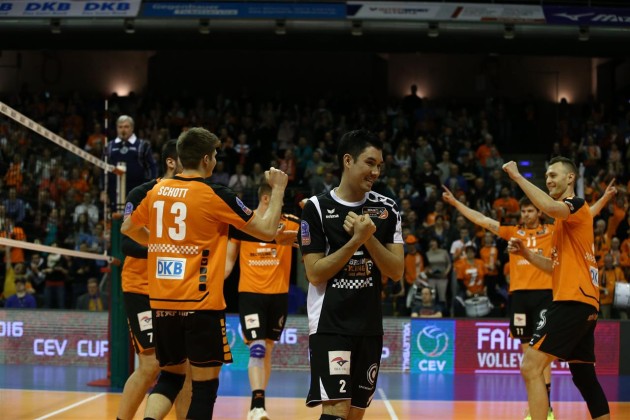 Last season’s CEV Champions League bronze medalists did not miss such a huge opportunity to advance into first European Cup final in club’s history. In the rematch of semifinals of the CEV Cup, BR Volleys swept Belgian champions Knack Roeselare in straight sets and converted 3-2 win from the first leg – 3-0 (25-14, 25-21, 25-18).

Despite they needed to win only two sets, players of BR Volleys wanted to go all the way in front of nearly 5,000 spectators in “Max-Schmeling Halle“.

Thus, we will have two rookies in CEV Cup finals – Gazprom-Yugra and BR Volleys!

ITA M: Trentino are back to take 2-1 lead in quarterfinal series against Molfetta