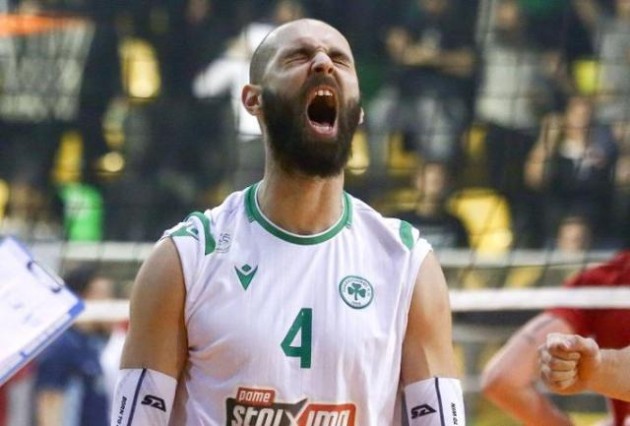 Vojin Ćaćić will keep wearing the jersey of Panathinaikos. A 30-year-old Montenegro National Team outside hitter underwent the medical procedure in his home country before joining the preparation of the Athens club but is now ready to train with full intensity.

Ćaćić has claimed as many as five national titles and three national Cups in Montenegro with a club that no longer exists – Budvanska rivijera Budva. After that, he became the Iranian champion with Sarmayeh Bank – also a club that doesn’t exist anymore. Last season, he won the Greek title and League Cup with Panathinaikos.

Ćaćić was involved in the first-ever and, for now, the only gold medal on the international level of the Montenegro National Team – the 2014 CEV European League.

BREAKING: Chinese volleyball leagues without foreign players in the next season