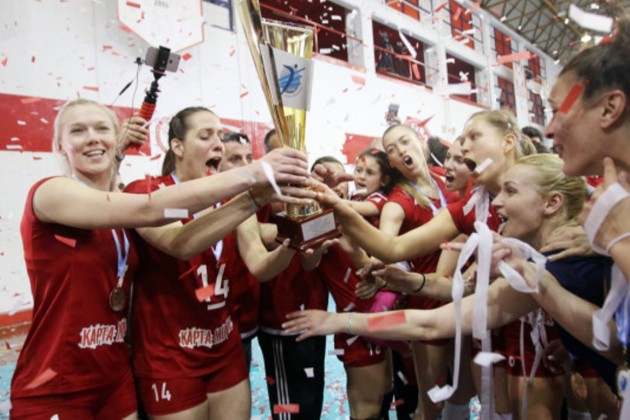 The red and white team from Piraeus swept Pannaxiakos in the playoff finals by 3-0, achieving the same result in Game 3, partially 25-14, 25-19, 31-29, which was their easiest win in the series.

Thus, Olympiacos closed nearly perfect season in which they also took national Cup (fifth double crown in a row), also by beating Pannaxiakos in final, as well as silver medal in the CEV Challenge Cup. Olympiacos showed fierce domination locally throughout entire season by losing only one of 30 games in total, counting both league and the Cup.

Serbian Ana Lazarević and Belarusian Nadzeya Malasai topped Olympiacos’ scorers in Game 3 with 15 and 11 points respectively. Argentine Lucia Fresco and Slovenian Monika Potokar were the best scorers in Pannaxiakos with 10 points each.

F4 in Rome: Bernardi – „We beat favorites“; Christenson – „What happened with video check?“

BRA M: Bruninho heats up rumors of returning to Modena – „I’ll keep teammates from Sesi forever in my heart“