Check out some of the latest men's volleyball transfers and rumors in the 2018 summer transfer window from Greek Volleyleague for July 14, 2018. 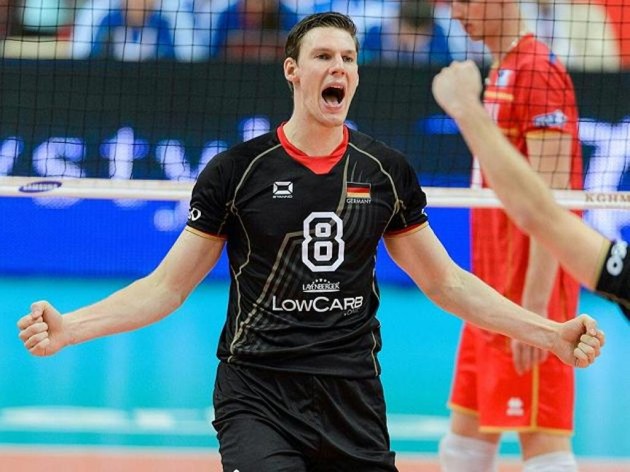 Olympiacos S.F.P. closed a huge deal by extending the contract with the German giant (2.11m) Marcus Böhme! The 2014 FIVB World Championship and 2017 CEV European Championship Best Middle Blocker will stay in the roster of the defending champions for one more year. One of the most prominent players of the 2017/18 Korean V-League (runner-up with Cheonan Hyundai Capital Skywalkers) Andreas Fragkos joined Olympiacos as well. Kostas Christofidelis will continue Olympiacos’ captaincy for one more season. A 41-year-old outside hitter already has won 10 championship titles and 9 cups in Greece in 18 seasons with Piraeus team to which he returned on two occasions, last time two years ago.

AE Komotinis renewed with the middle blocker Christos Boufidis. A 26-year-old player will spend his second consecutive season in the club that earned promotion to the Volleyleague. The top-flight newcomers also hired libero Rafail Baniotis who returned to the club after five years. Last season, he competed in for Apollon Kalamaria in Division 2 while this summer he won one of the most prestigious country’s beach volley tournaments with his partner Giorgos Terzoglou. The Brazilian Renan Santos (Pan American U21 Cup and South American U23 Championship winner), who can cover outside hitter and opposite position, arrived from EMS Taubaté Funvic. Another newcomer in Komotinis is Giannis Kavaratzis (MGS Ethnikos Alexandroupolis).

Iraklis Thessaloniki 2015 announced the renewal of cooperation with veteran Apostolos Armenakis. A 37-year-old opposite (2.05m tall) will wear the jersey of the last season’s playoff quarterfinalists for the second straight year, previously gaining a significant domestic and international experience (Italy, France, Bahrain, Cyprus, and Slovenia). Another player that renewed his contract with the club is the captain Kostas Prousalis. At the same time, Iraklis signed a 32-year-old outside hitter Sotiris Sotiriou. His most successful part of the career was between 2010 and 2015 when he conquered three championship titles with Olympiacos S.F.P.  Sotiriou came to Iraklis from P.A.O.K. with whom he became the national champion in 2017 and won the national cup this year. Thessaloniki club also engaged Dimitris Mouhlias, a sibling of their current member Vasillis Mouhlias (with whom they extended the deal). A 17-year-old opposite (1.98m) came from Division 2 side Evros Soufli, being named Most Valuable Player and Best Scorer of the Junior League twice.

P.A.O.K. acquired Venezuelan polyvalent player Iván Márquez. His basic position is a middle blocker, but he can successfully perform as an opposite, having a nickname “La Bomba”. A 36-year-old player is a real globetrotter as he competed in leagues all over the world: Argentinean, Spanish, Belgian, Italian, French, Brazilian, and Romanian. His last club before coming to PAOK was Portuguese Sporting CP with whom he became the titleholder. Previously, Márquez has been the champion of Argentina in 2003 (Personal Bolívar), Belgium in 2005, 2006, 2007 (Knack Roeselare), and Greece in 2009 (Olympiacos S.F.P.). He was named Best Server in the Central American and Caribbean Games (2010) and Best Spiker in an Argentinean league (2012). He participated in the 2008 Beijing Olympic Games with Venezuela NT. PAOK “have stolen” Dmytro Filippov from the French side Arago de Sète Volley-Ball. The Ukrainian-born setter, who competes for Greece national team, has signed and immediately terminated the contract with the Ligue A team. Last season, Filippov wore the jersey of the Romanian club CS Arcada Galați. 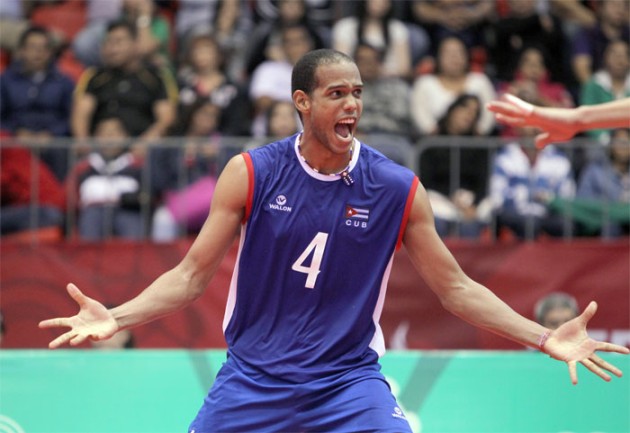 PAOK also contracted their former player and first Cuban volleyball player that has been legally transferred to a foreign club (PAOK) with an approval from the Ministry of Sports and the Olympic Committee of his country (January 14, 2015) Javier Jiménez. He was involved in two consecutive Volleyleague titles of PAOK (2015, 2016) and took part in the 2016 Rio Olympics. Jiménez was named MVP of the 2015 Pan American Games. He played in Argentina last season, wearing the jersey of Obras de San Juan. Other players that recently committed themselves to PAOK are Nikitas Efraimidis (A.O. Kifissia) and Ukrainian Zenia Gorchaniuk (Chemik Bydgoszcz, Poland). PAOK tied prospect opposite Alexandros Boutos for the next four seasons. A 19-year-old player spent the last season with Division 2 side Epikouros Polichnis (also known as Pegasus Polichnis), being one of the most distinguished players of the Junior League. The Greek powerhouse renewed with an Israeli outside hitter Alexander Shafranovich.