Itas Diatec Trentino have win match before Christmas against Vibo Valentia. Matey Kaziyski feels fresh after a stunning victory on Saturday night in Vibo Valentia and all day long journey back from Calabria to Trento. Read latest volleyball news on Worldofvolley.com. 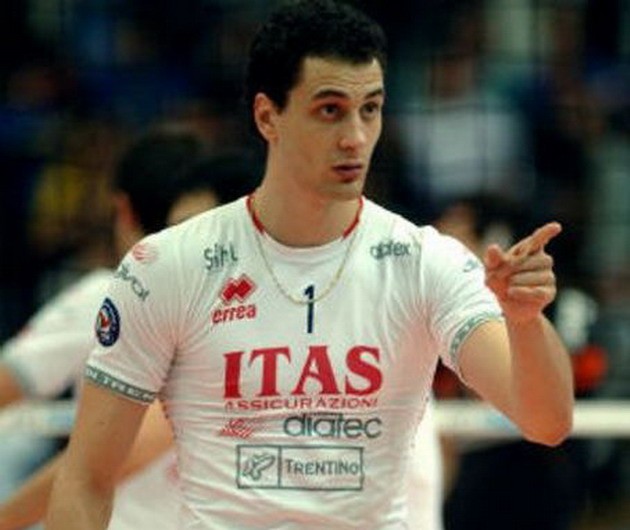 The training will resume at PalaTrento, what will be the first day of preparation for the Final Eight of Italian Cup.

In anticipation of the knockout race, to be played at PalaTrento December 26 with the Sir Safety Perugia, Trentino players will train in the afternoon of Christmas, playing a session of an hour of technical training: a program become a constant at that time during the last few seasons in Serie A1.

“We care a lot on this competition” says the captain Matey Kaziyski “we are the champions and we want to defend the trophy won in Rome last February. The goal Wednesday night will therefore win the pass for the Final Four in Milan. The Italian Cup is an event that in the past gave great satisfaction but also bitterness, the fact of playing all four days, from Wednesday to Sunday, gives this Final Eight great charm but also an element of risk, because there is absolutely no margin for error. Then we must be very careful against Perugia, the team arrives at PalaTrento to play for his game and with nothing to lose. They victories against Cuneo and Latina are a serious wake-up call that we can not made a mistake to look further than the quarter-finals”.

“In Vibo Valentia we have provided a proof comforting in so many ways. The block and in attack we worked particularly well, but I think even before that efficiency the individual plays is a great test of character shown by the team. It was not easy to impose our game instead the opponent who at home had done so well and that they had in the first leg match deservedly beaten us. I think that from this point of view it was the best rehearsal ahead of a week in which I hope we will be leaders to the end. We must not set limits to our play”.

RUS M: Debut win for Kazan and Belgorod in the Russian Cup