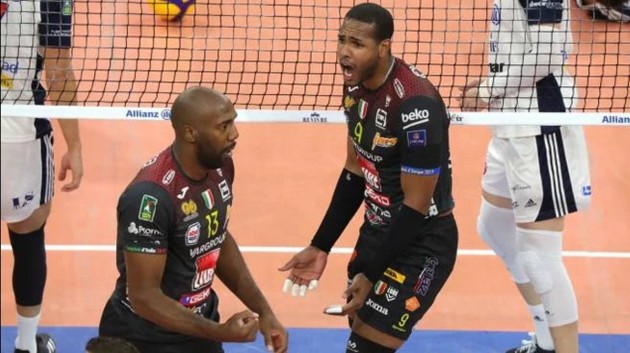 Precisely one year after winning the last Italian Championship title, Lube announced that two major stars of the club, Yoandy Leal and Robertlandy Simón, will stay with them despite the salary cut that was imposed by the management of the Civitanova team. Lube Sporting Director Giuseppe Cormio was the one to deliver this great news to the fans of the reigning European and world champions. He confirmed that the contract renewals Lube made with Cuba-Brazilian Leal and his fellow countryman Simón are still valid.

“Above all, I want to say my thanks to Leal, because his situation was very particular. It was difficult and complicated to think about what he could have done: he did this for us, for Lube. He sent us a very strong signal, I have to thank him. His agents who worked with us. Robertlandy Simón and Yoandy Leal will still be with us next year. We’ll see them on the court in red and white. I hope the matches will be open to the audience again,” Cormio stated.

Recall that recently rumors appeared regarding Leal’s departure from Lube.

Looks like Lube Civitanova will reign again in superlega with Leal, Juantorena, and Simon