ITALIAN SUPER CUP W: Volleyball resumes in Italy after nearly 6 months, no upsets in first round

The volleyball ball has spun in Italy after 175 days. 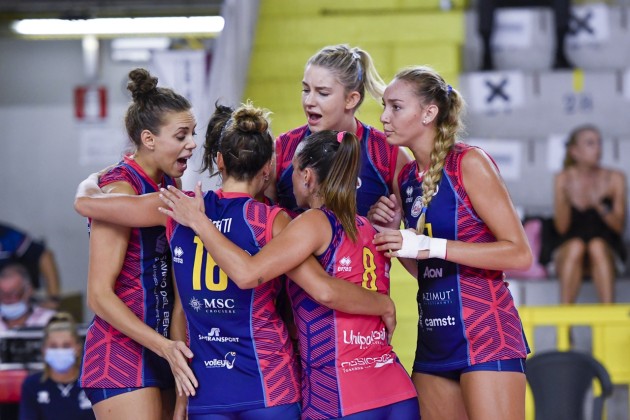 After nearly six months, the women’s volleyball has resumed in Italy. The last official match in the country was held on March 7 and it was the Serie A duel between Imoco Volley Conegliano and Banca Valsabbina Millenium Brescia, a few hours before the definitive stop due to the COVID-19 health emergency.

The new season set off with the first qualifying round of the Super Cup (Supercoppa Italiana). The four out of five matches planned for this weekend were held today, and these teams progressed to the second round, which is the ante-room of the Final Four: Saugella Monza, Igor Gorgonzola Novara, Reale Mutua Fenera Chieri, and Savino Del Bene Scandicci.

Due to the withdrawal of Lardini Filottrano and Golden Tulip Volalto 2.0 Caserta, Unet E-Work Busto Arsizio earned the automatic spot in the second round, while Imoco Volley Conegliano await rivals in the Final Four (qualified on the basis of a victory in the last national Cup).

The final tournament will be held at the square in Vicenza.