Serbia and Turkey will decide on the winners of the 2020 CEV U19 Women’s Volleyball European Championship in Croatia and Bosnia and Herzegovina. 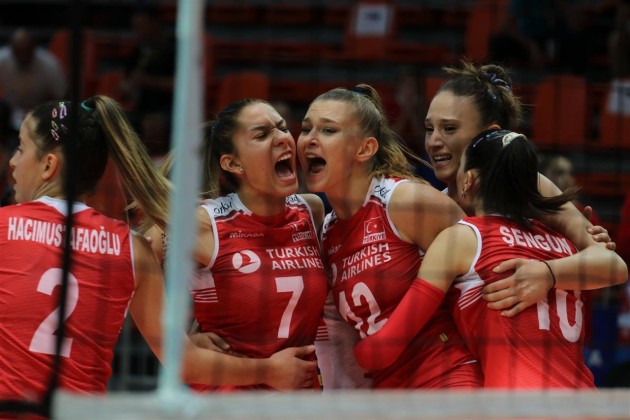 This will be Turkey’s second participation in the gold medal encounter on the continental tournament in this age category. As a curiosity, when they first made it, which was on home soil eight years ago, they prevailed over the same rivals against whom they will compete in the final of this year’s edition – Serbia. The new outside hitter of Galatasaray, Sude Hacımustafaoğlu, led Turkey with 23 points. Lila Şengün served 4 aces, while İlayda Uçak made 4 kill blocks.

Unlike Turkey, tomorrow’s final will be Serbia’s fifth in the U19 EuroVolley (one title as well). In the other semis, which was also played in Zenica, they achieved a four-set victory over France mostly thanks to the 16-year-old outside hitter Aleksandra Uzelac who last season competed in the third division side in her home country, Bagljaš 023. She had support in Vanja Savić (5 aces, 4 kill blocks; 20 points in total).

CHN M: Jiangsu in title battle after 9 years, will play against Shanghai

ITALIAN SUPER CUP W: Volleyball resumes in Italy after nearly 6 months, no upsets in first round