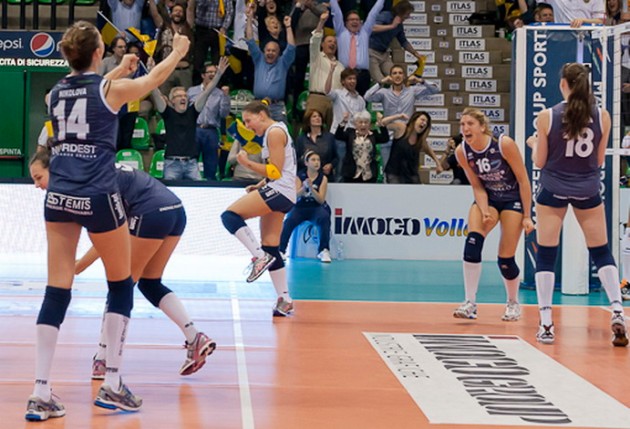 Imoco Volley CONEGLIANO keeps his promise to and to fight for every ball on this match. First two sets teams played from point to point. VILLA CORTESE wins first set thanks to the two points scored on the result 20:19 and leat with 20:21. At the end VILLA CORTESE take the set 23:25.

Second was the copy of the first, but it is the beginning of the comeback of CONEGLIANO in the series. Set was even to results 23:23. CONEGLIANO have first set point and closes the set 25:23.

Third match of the series will be on Monday, April 22, and two teams will play for the finals.

Look at the statistics from the Italian league, click on statistics