Italy: Andrea Radici – Some events went against us

An unexpected defeat due not only to the good performance of the opponent, Atripalda, but also influenced by the too many physical problems suffered by Città di Casstello. 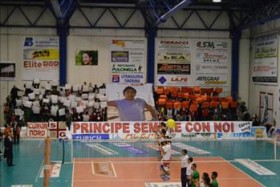 Andrea Radici – Some events went against us

Indeed, both setters are struggling, just like at the end of last season, and young Cherubini had to be sent on court.

“Let’s just say that some episodes during the game did not help us – said coach Radici – Atripalda played a good first set in which we struggled to contain Nemeth more than De Paula. We’ve been more effective in the second and deservedly tied it. As for the rest, some events which everybody have seen did not go our way. My task now is to look ahead. Visentin will not be hundred percent fit but his comeback will help us in training this week”.