Nice catch for Molfetta who secured the services of Italian international Giuliano Sabbi. The 24-year-old outside hitter played last season with Castellana Grotte. This and other volleyball news read on Worldofvolley.com. 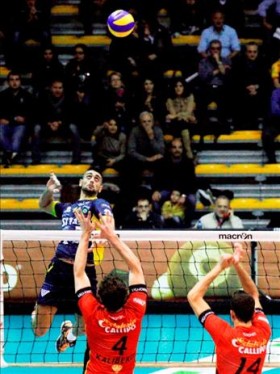 Sabbi came up in Treviso’s youth ranks and made his international debut in the World League 2011 under coach Berruto’s orders. Last season, he finished third in the scoring chart among outside hitters.

“Happy to stay in the Puglia region” Sabbi said as he stays south. “After missing out on London’s Olympic Games and a difficult start to the season with Castellana, things began to click again for me and for the team. We found an understanding on court and fought hard united to reach our targets.”