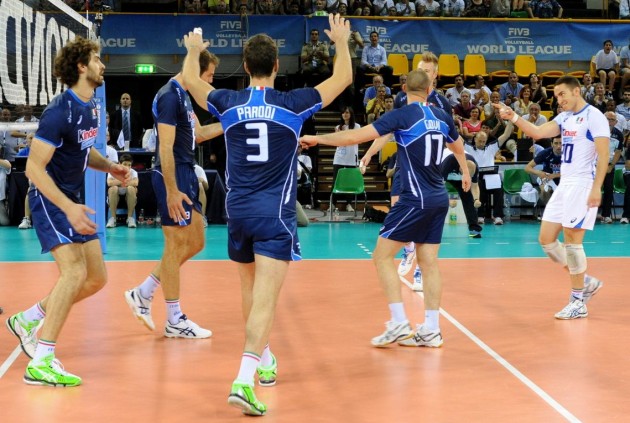 The match began with a balanced first set (6-6) until Italy was able to take advantage of some winning hits by Zaytsev, who scored eight points in the first set and compiled 89 percent on attack. Italy ended the first set 25-15.

In the second set, Italian setter Travica helped control the match, despite Germany’s attempt to narrow the point gap with Kliberda, who tied the score with two consecutives blocks by Kampa on Savani (17-17). Parodi was able to block twice on Fromm and Kalibera shuts out in 25-23.

The third set was balanced, although Germany lead the match at the first technical time out (7-8). Italy succeeded in taking back the lead when Zaytsev aces (11-9), then again Zaytsev increases the advantage with two consecutives blocks (16-12). Blocks allowed Italy to spearhead the whole set. Travica’s on the attack scores a crucial point and Italy secures a (25-21) win.