WL: Berruto – “We work for future, but we’ll do our best here“ 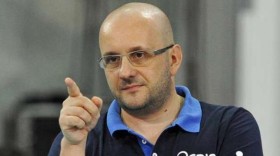 Berruto, who has been in charge of the Italian national side since 2010 and took the Azzurri to Olympic bronze last year, said at the World League Finals press conference that the annual men’s competition is another key step in the exciting future of his team.

“We have a young, renewed team with some changes after the Olympic Games but these guys have a lot of potential,” Berruto said. “We are working for the future but of course we are here to do our best“.

Italy will have a day off when the World League starts with their Pool D counterparts Argentina and Bulgaria facing off on Wednesday at 21:00 (local time).