CheBanca! Milano: Milan is full of confidence and still in with a chance to take part in the Italian Cup following its last home victory. 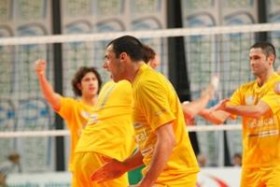 The team is now ninth, just one point behind Sora and two behind the pair Loreto – Genova. The qualification for the cup will depend on the next three games, of which two will be played this week in the next few days. On Thursday, Milan travels to Reggio Emilia, and on Sunday it will host Santa Croce.

“We’ll face a team that had problems in its roster – said coach Moretti about Reggio Emilia – So much so that they had to substitute the outside hitter and two spikers. They had started off with bigger ambitions compared to its current situation being last from bottom”.