Lube Macerata and Sir Safety Perugia have never played in Playoffs series. Now is the time for them to decide who will be the new Italian champion. 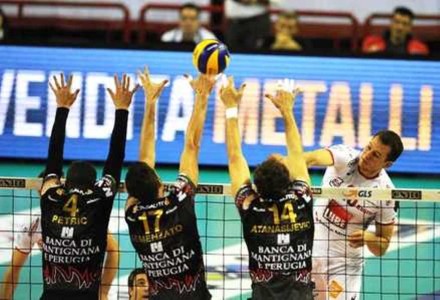 Dragan Stankovic (Cucine Lube Banca Marche Macerata): “We’ve come to what we’ve been preparing for all season: the league final. We’re extremely motivated and focused on this goal. We will have the court advantage and we want to start with a win. It will be tough, there will be a tough team on the other side of the net, they’ve never ceased to get better. Many of my teammates of the national team play there”.

Simone Buti (Sir Safety Perugia): “There’s no time to catch our breath, the final is already here. Now we have to do a good job of resetting everything, put all the emotions of the Piacenza series behind us and start over, it’s the beginning of a new chapter. Macerata is the favourite, they have a team built to win trophies. But we have proved we were a great group, united, and we showed against Piacenza that team work could be a winning weapon. I think the mental aspect will be fundamental now: we will fight hard, we’re in the final and we want to try our best”.

Vote your MVP with the App “Lega Volley Maschile”

In the occasion of the League Final UnipolSai, the fans, as well as the journalists, will be able to vote for their MVP thanks to the smartphone and tablet app. You just need to download the app “Lega Volley Maschile” from the store.

PHOTO OF THE DAY: Selfie of Suxho and his son

BRA W: Ze Roberto confirmed – “Jaquelin will be in the National team”