Metalleghe Sanitars Montichiari surprised the favorites in the 16th round of Serie A1. 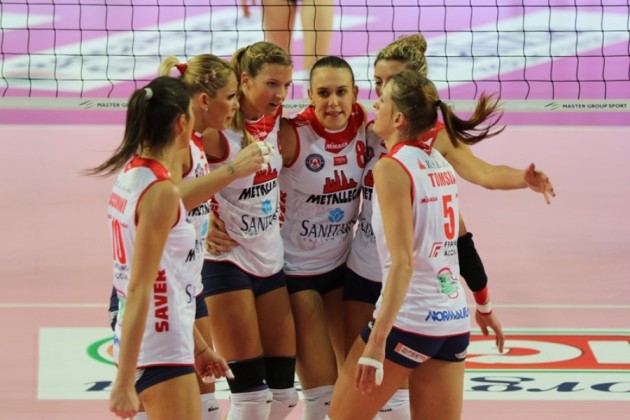 With this victory, over the fourth placed Imoco Volley Conegliano, Montichiari skipped Savino Del Bene Scandicci in the standings and reached place number 8 which secures the playoff.

Berenika Tomsia had 21 and Maren Brinker 16 points in Montichiari while Emiliya Nikolova scored 23 and Neriman Özsoy 14 points in Conegliano.

Another match will be played in Montichiari’s hall. Since Pomì Casalmaggiore had problems with the roof in own gym due to heavy snowfall in previous few hours, it will host Volley 2002 Forlì in PalaGeorge hall. The match was scheduled for 18:00, but was moved to 20:30 because of forced migration of squads and staff.

Liu Jo Modena and Foppapedretti Bergamo (Miriam Sylla collected 20 pts.) had an easy job in the same round.

GRE M: Olympiacos survived Alexandroupolis and has 14 out of 14

Italy: Round 10 Serie A1 Sustenium