GRE M: Olympiacos survived Alexandroupolis and has 14 out of 14 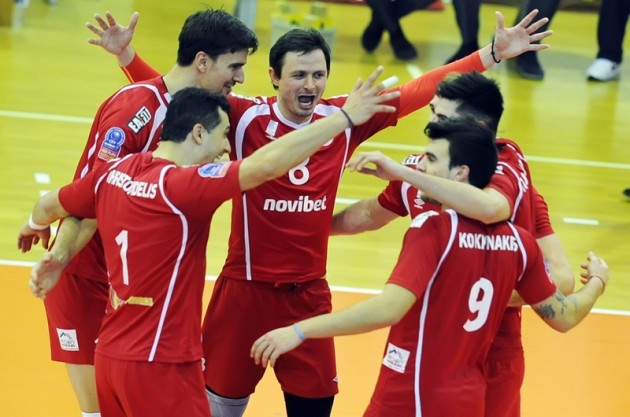 Olympiacos also returned to the top of the table.

In the last nine matches between the two teams in the last two years, six were taken to a tie-break. Olympiacos won for the fifth time, only a few days after its victory against the same opponent in the League Cup finals.

Olympiacos had almost unreachable advantage in tie-break (14-10), but Alexandroupolis came back with amazing block (recorded 24 in total), before Carson Clark shaped the final score – 17-15 by an attack which ended with block out.