Favorites were perfect on Sunday night in Serie A. All of them. 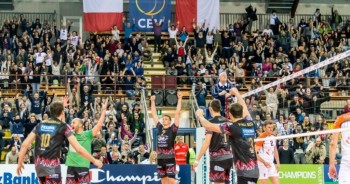 Trentino is still holding the first place on the standings after defeating Latina at home. Matey Kaziyski was the top scorer in the winning side with 19 points, while Martin Nemec added 16. On the other side, Saša Starović was once again excellent in Latina, but his 21 points could not change the outcome of this match.

Modena is still just a point behind Trentino on the standings. Blue and yellows collected full package at Molfetta, mostly thanks to Uroš Kovačević who made 17 points, while Luca Vettori helped him with 12. It is also important to mention that Modena has one game less than Trentino.

Lube has successfully recovered from elimination in the Champions League and seized a straight sets win against Citta Di Castello away. Bartosz Kurek made 16 points for the Treia side, while Giulio Sabbi made 12.

Finally Perugia managed to take all three points from a difficult road game against Ravenna.

ITA M: The best Vibo ever