After the uncertainty in recent months, the story of Copra Piacenza came to happy ending. 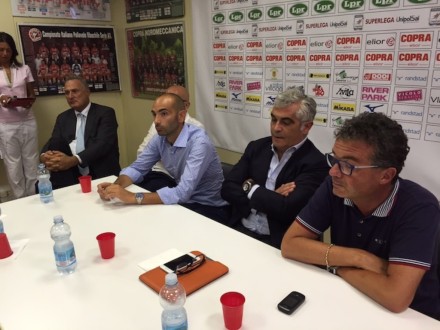 Italian team held a press conference and announced to stay in Serie A1 in the season 2015/2016.

The credit for this mostly goes to a new sponsor of the club, Roberto Pighi, who will join the Arici family, already known for the important contribution made to Piacenza last season.

In the future, the team will be called LPR Volley unless one or more big sponsors enter the club. In that case, LPR will become the second name.

Legendary Italian player of Bulgarian origin and captain as well, Hristo Zlatanov, attended the press conference along with the club’s President Guido Molinaroli and was the first player to confirm staying in the squad.

Although, the confirmation of the coach Alberto Giuliani’s arrival was expected, it didn’t happen.

Italy: Zygadlo, 2011 always on the podium

Osmany Juantorena: “I am Cuban, I represent...