Yuki Ishikawa has arrived in Italy where he will spend the rest of the season in the jersey of Top Volley Latina! 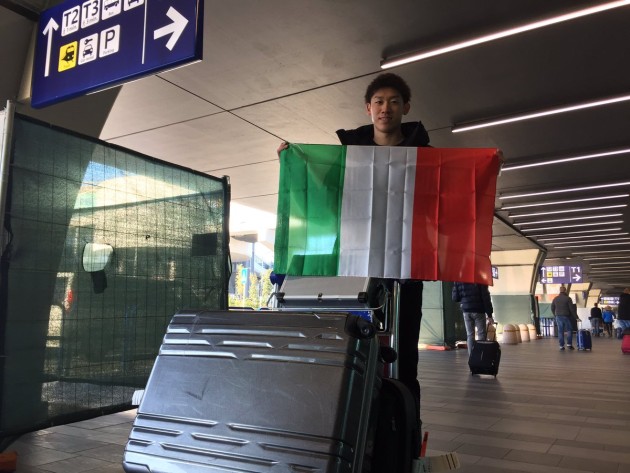 The arrival of Japanese Men’s Volleyball star to Serie A1 was waited for so long (hashtag #WaitingYuki was made on social networks), since the beginning of the season, but now Latina fans can be relieved  – Yuki Ishikawa will soon make his debut. The reason why young receiver came to Italy only now was his engagement in Japanese university championship where he took the title.

Before landing to Rome airport, Ishikawa held a crowded press conference in homeland in which he said goodbye to Japanese fans and even spoke in Italian. Upon arrival in Latina headquarters, he will pose for the official photo shoot with his new jersey and will speak at the press conference. Later on, Ishikawa will undergo medical testing and start training session.

Ishikawa is accompanied by his manager while Japanese broadcaster “Fuji TV” has already sent a reporter and a cameraman to follow the match against Calzedonia Verona, on December 10, when Ishikawa is supposed to make his debut. In the coming days, two more television crews and two journalists of the Japanese printing media will come to the city of Latina to follow the match against Bunge Ravenna, on December 18.

CL M: Zenit stormed through Izmir, Dinamo had only minor problems with Maaseik