CL M: Zenit stormed through Izmir, Dinamo had only minor problems with Maaseik

Russian giants Zenit Kazan and Dinamo Moscow acquired comfortable wins in the 1st round of the 2016/17 CEV Champions League journey. 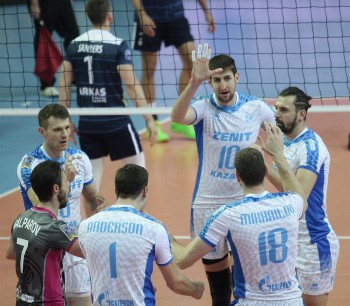 Zenit Kazan have sent a strong message to all of their rivals at the beginning of the new Champons League season and it says that the Russian powerhouse are once again the favorite No. 1 for winning the competition. The reigning European champions stormed through Izmir in the 1st Round of the new season, leaving local Arkas without a single set.

The Russian side was so much better today that they did not let their Turkish hosts to reach the 20th point in neither of 3 sets! And do not forget that Zenit Kazan played this match without their star player Wilfredo Leon who is still recovering from injury.

At the same time, Dinamo Moscow also wrote down a victory at the start of the 2016/17 CEV Champions League. The Russians had just a minor problems against Belgian team Nooliko Maaseik, but they eventually prevailed in 4 sets.